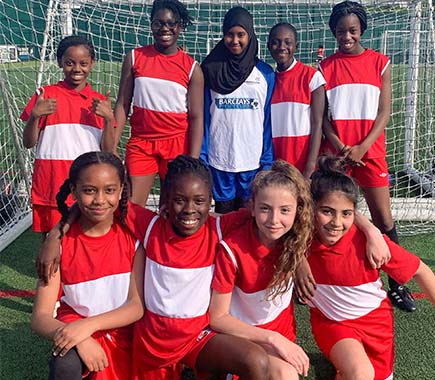 The girls won every single game this season and ended it with a 3-1 victory against Raglan.

"I’m so proud of the girls for winning the league. They showed great desire, talent and that Cuckoo Hall spirit to go all the way and win the League. It’s been an honor coaching them this year. The team was put together 8 month ago and this is the first time we have entered a girls team." - Natalie Cunningham, Coach.