Enfield Heights learn about belonging to a group 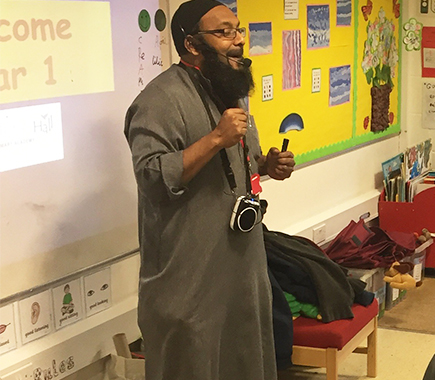 Sham, who is part of the Kingfisher Hall PTA, visited Enfield Heights to talk to pupils in year 1 about what it means to belong to a group.

He spoke about the values of Islam, who the leader of the religion was and what Muslim people do when they get together.

He explained to the children how the rules were similar across religions and that belonging to a group can change the way you behave.

The pupils were very eager to find out more and were asking lots of questions such as 'how many times a day do you pray?' 'What is the symbol for Islam?'

"The children have been keen to learn about the different religions and their beliefs which allows them to begin making comparisons and make links between religious values." - Miss Cetin